Quantifying muscle activity is different than measuring strength. A muscle with higher muscle activation does not necessarily mean that the muscle is stronger. It is a common misconception as many of us think “more is better”.

To better understand the difference between EMG and strength, we should first think about what EMG measures. By definition, EMG is a measure of the electrical activity across recruited muscle fibers to complete a task. In our application, that task is traditionally moving across a field, doing agility drills or lifting a weight.

As an illustration, let’s think about a relatively simple, single-joint movement such as a hamstring curl. To complete the movement, the brain sends a signal to the hamstrings to contract, gets feedback on the resistance and ultimately recruits the required muscle fibers to achieve the hamstring curl at the given weight. Traditionally the heavier the resistance or longer the task, the more fibers recruited, thus more action potentials recorded by EMG.

Athletes will always have some level of natural imbalances, compensations patterns, learned patterns, and actual strength differences. A common result from EMG during this bilateral hamstring curl will be that one hamstring is recruited more than the other.

This imbalance may show a training load difference of 1% or even 50%+, across the left and right sides depending on the individual. Most people assume, and it is commonly the case, that the side with more hamstring activity is the stronger side. When this happens, the brain likely uses the stronger hamstring to protect the weaker hamstring, commonly seen in compensation patterns after injury.

To better understand this imbalance, we can think about the athlete’s injury history, positional biases and current pain. If the imbalance is deemed unfavorable (over 20% difference between left and right hamstring training load), and we are unsure where the imbalance stems from, we can do the same movement in the unilateral form to help us solve it.

To progress the hamstring curl to a unilateral movement, both the stronger and the weaker side are required to move the same amount of resistance. If the right hamstring was stronger than the left as assumed, we would expect to see that the EMG of the weaker side requires the recruitment of more muscle fibers to complete the task.

This time, the weaker hamstring cannot offload its work and the brain must recruits more muscle fibers to move the same weight. The weaker side actually needs more internal work to output the same amount of force.

Comparing the sides, the EMG activity on the weaker side (left) would be higher than stronger side (right). This is an opportunity to use unilateral movement to instill comfort, recruitment, strength in the weaker side to ultimately reduce their compensation patterns when they have the ability to offload.

If the result isn't that the left hamstring is high and the right hamstring is low, than we could’ve guessed wrong about the strength vs. the weakness in the bilateral hamstring curl.

If the bilateral imbalance across the hamstrings was not exhibited in the unilateral progression, the left and right training load might actually show as more balanced. Both sides, even the side that was not recruited as highly in the bilateral movement (left) can have similar muscle activity to achieve the same unilateral task.

In the case of the equivalent hamstring strength with left hamstring neglect, the EMG results would suggest that there is not a discrepancy in strength across legs, but the athlete’s brain likely choosing to recruit from one side (the right). This is a learned pattern, likely worsened by past avoidances of pain, the body finding a way to get through the movement, or having a natural side from day to day activities and sports.

Ultimately we want similar muscle firings across our athletes’ left and right sides in bilateral movements. The brain might be choosing to use one side more than the other (right), even years after an injury to protect a muscle that actually has adequate strength (left). This is an opportunity to work with the athlete on neuromuscular drills. When both sides are recruited equally, the athlete will be able to exhibit more balance strength in game, driving more results. 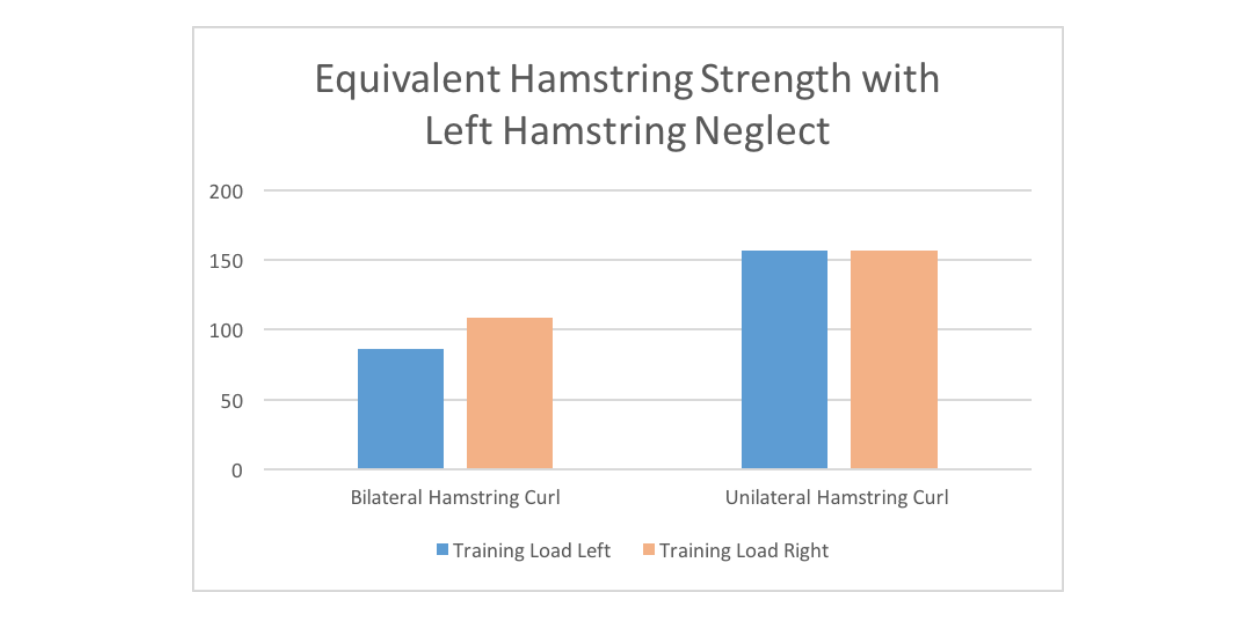 Right Hamstring Weakness With No Compensation

Finally, there is a chance that the bilateral imbalance across the hamstrings exhibited a similar pattern in the unilateral progression where the training load was greater in both movement forms.

In the case of the bilateral imbalance, the EMG results would suggest that it is actually the right side that is weaker but the athlete does not exhibit a compensation pattern. So the athlete is using the weaker side more, right, to keep up with the stronger side, left.

This is a great sign after an injury as we understand that the athlete is not regressing to a compensation or learned pattern when given the option to reduce the load on the weaker side. This is an opportunity to acknowledge the true imbalances after an injury and monitor the percent difference between the left and right sides for progression to a healthier discrepancy, less than 20% imbalance. 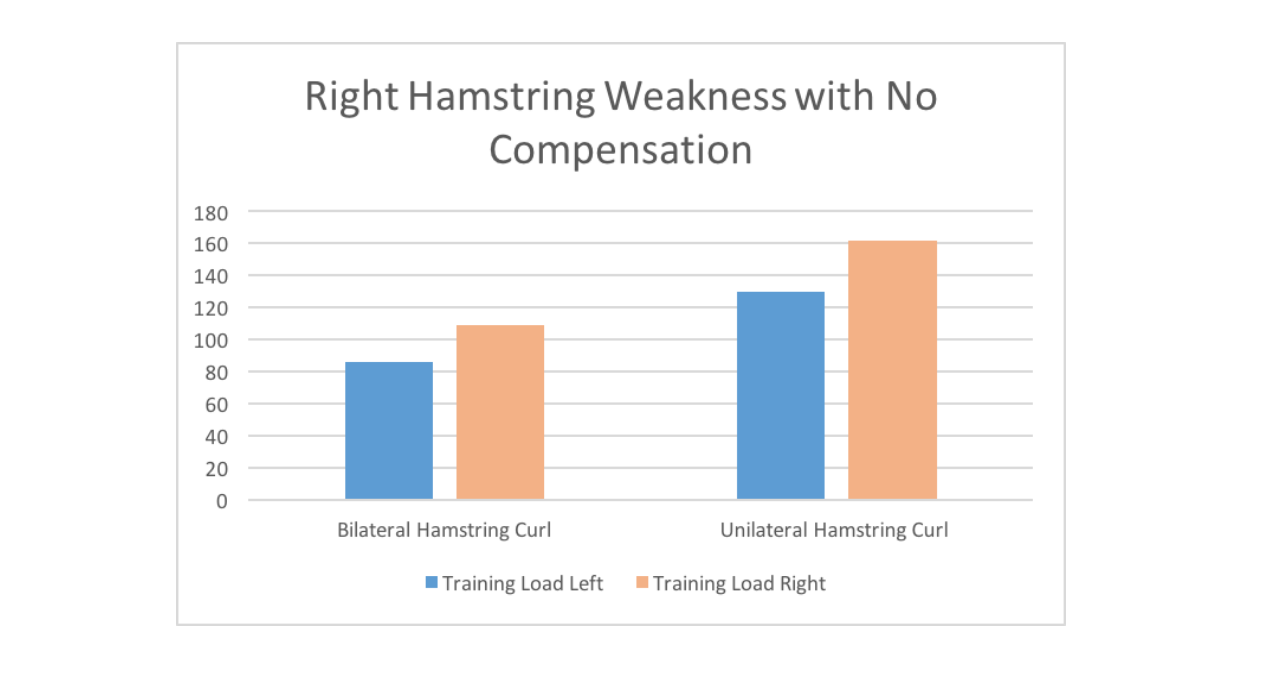 To learn more about Athos and how it can help your team Contact Us Today!